View All News
Drop in poultry prices in central India by over 20 per cent amid a rise in feed cost led by soyabean meal and maize prices have hit poultry farms hard prompting them to cut down on output.

Poultry prices in Madhya Pradesh have dropped by over 20 per cent in the past two months due to a drop in sales in local and nearby markets of Indore, claimed poultry farms and traders. Indore is a major trading center for poultry from where eggs and chicken are routed to various nearby locations within the state.

“Poultry production has taken a sharp hit this season. Demand has plummeted pushing prices below the cost of production. Many units have shut output while most of them are running on thin capacity.

Presently farm rate of eggs in Indore is running around Rs 3.50 to 4,00 per piece as against Rs 4.50 per piece in January, according to traders and poultry farm owners. As eggs and chicken prices have tumbled below the cost of production, many poultry farms in the Indore region have cut down production by half.

As per most of the poultry producers in the region “It has become difficult to survive at these rates. Feed prices are continuously rising and poultry rates have fallen by over 20 per cent since January.

According to industry players, the cost of poultry feed has risen to Rs 25 a kg as against the usual Rs 20-22 per kg, lifting the overall cost of operations in poultry farms. Soybean meal and maize are main components of poultry feed.

Daily production and consumption of eggs specially in Indore including Mhow and Pithampur, in normal days is around 10-12 lakh per day and bird’s placement per month is around 4.5 lakh. 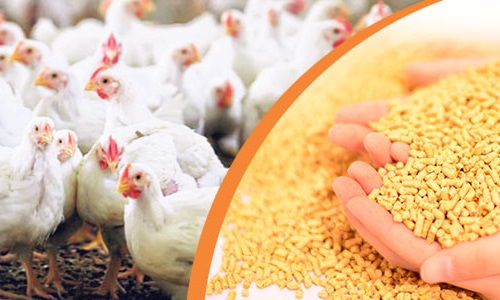