View All News
Respite for Around 10,000 Broiler Farms and 3,000 layer Farms in Telangana as Soya Cake and Maize Prices Fall

According to poultry farmers, prices of soya cakes which are widely used as fillers and source of protein for chicken have fallen drastically. In a major respite for the poultry industry which suffered badly during first and second wave of Covid-19, feed cost has come down considerably in the wake of a good crop after the monsoon.

According to poultry farmers, prices of soya cakes which are widely used as source of protein for chicken have fallen by almost 50 per cent. If a kg of soya cakes were sold for Rs 90-Rs 100 a kg a few months back, it has dropped to some extent now. Another imported feed for poultry farms, maize too has plummeted from Rs 2,500 per quintal to some thing over Rs 2,000. Most of the maize is produced and supplied within the State and when there is a shortage, it is brought from Andhra Pradesh.

Chakradhar Rao, president of Indian Poultry Equipment Manufacturers Association and Managing Director Chakra Group of Companies, said the cost of soya cakes should come down further to Rs 40 per kg which is a usual price. “Almost 70 per cent of soya cakes fed to birds are supplied from Madhya Pradesh and Maharashtra as its cultivation is less in our State,” he said.

If we talk about the retail price of Egg and CHicken In Hyderabad, skinless chicken is available for Rs 250 a kg, on , while eggs are sold for Rs 60 per dozen (Rs 5 per egg).

There are around 10,000 broiler farms and 3,000 layer farms in Telangana, which produce nearly 4 crore broilers per month and around 3 crore eggs daily, of which close to 2 crore eggs are consumed in the State. Broilers are mostly sold within the State, eggs are transported to UP,  Maharashtra, Kolkata and Tamil Nadu. 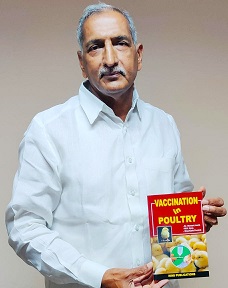