Recently few poultry farms in Haryana were issued notices and will be shut down within the next sixty days for not following government guidelines on waste management. Special teams were also formed to check all poultry farms situated in the Barwala-Raipur Rani belt of Haryana. Regional officer of Haryana Pollution Control Board (HPCB) stated that few poultry farms have been served closure notices for not properly managing the waste produced within their premises. The officer confirmed that within 60 days of the notice, all the five farms will be shut. Panchkula district has close to 100 poultry farms in the Barwala-Raipur Rani belt.

On the other hand, deputy commissioner Mahavir Kaushik also called a meeting with poultry farms association members, and directed them to regularly conduct medicinal spray on bird dropping and on dead birds. The deputy commissioner said, "The officers told me that this problem crops up during the rainy season, and poultry farm owners have been directed to follow instructions given to them

Hind Poultry feels that Poultry farmers, not only in Haryana but from across the country must adopt the robust waste management system which will help them not only in keeping diseases away from their poultry farms but also to help them in keeping the environment clean. 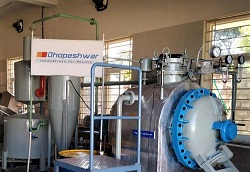