View All News
Indian Poultry farmers from across the country celebrates the 86th Birth Anniversary of Padma Shr Dr. B. V. Rao.

Banda Vasudev Rao popularly known as Dr. B. V. Rao is considered by many as the father of modern poultry farming in India. He was the founder chairman of the National Egg Coordination Committee (NECC) and was a 2004 inductee of the International Poultry Hall of Fame of the World Poultry Science Association.The Government of India also awarded him the fourth highest civilian award of Padma Shri in 1990.

Dr. B. V. Rao was born on 6 November, 1935 at Chanchalguda, in Hyderabad, in the undivided south Indian state of Andhra Pradesh (presently in Telangana) Dr. B. V. Rao was married to Uttara Devi and was blessed with three children, being a daughter, Dr. Anuradha Desai, and two sons, Mr. Venkatesh Rao and Mr. Balaji Rao. Dr. Anuradha Desai, who is married to Mr.Jitendra Desai, presently heads the Group and is ably supported by Mr. Venkatesh Rao, Mr. Balaji Rao and Mr. Jitendra Desai.

Dr. B. V. Rao enrolled for a short-length course at Acharya N. G. Ranga Agricultural University, Rajendranagar. He did this in order to see what he could make of his life as an independent farmer. He successfully completed a training program in dairy and poultry farming where he had the opportunity to learn under an American teacher, Moore. His first business venture was with 500 birds entrusted by Moore for tending and, soon, Dr. B. V. Rao started his own venture in 1970, which grew over the years to the present V H Group which is one of the largest integrated poultry business in Asia having interests in poultry, meat, pharmaceuticals, cattle feed, sports. The V. H. Group has now the presence in India, Bangladesh, United Kingdom, Singapore, Vietnam, Brazil and many more countries.

In the early 1980 When the price of eggs went down Dr. B. V. Rao gathered poultry farmers together from across the India and founded the National Egg Coordination Committee in the year 1982. He was its founder chairman. He was also associated with the World Poultry Science Association (WPSA) and headed its India chapter from 1993 to 1996. He was one of the key figures in the organization of the World Poultry Conference in New Delhi in 1996. He also founded a higher education  institution, Dr B.V. Rao Institute of Poultry Management and Technology near Pune in Maharashtra which conducts higher courses in the subject. The Government of India also awarded him the civilian honor of the Padma Shri in 1990. The World Poultry Science Association inducted him into their Hall of Fame in 2004. 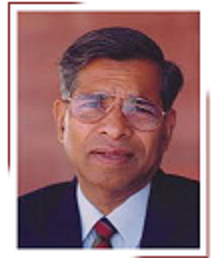