View All News
Multiple Mycotoxin Syndrome (MMS) - The Ever Increasing Threat to Poultry, Aqua and Livestock industry and their performance.

Major problem with the Poultry, Livestock and Aqua industries today is the Multiple Mycotoxin Syndrome or MMS, a large variety of mycotoxins, that were not tested earlier,  are now being studied, evaluated and recorded on regular basis but by a very few laboratories around the world.  A  2017 – 18 Survey (Provimi-India) revealed more than 95 % of the samples tested were contaminated with Multiple Mycotoxins.

There are  nearly  54 detectable mycotoxins, that can be tested , most of these are not routinely tested by laboratories or regulated by the governments. Their incidence and co-existence is regularly increasing  and causing damage to the production and performance of the animals and birds, while the experts in the Industry and Government/ICAR/Universities and private companies look the other way. These Mycotoxins are here and will stay as long as the grains , their products and their by-products are being used for the feeding of the above mentioned types of animals and birds.

The fact is more than 90% of the poultry and livestock problems today are directly or indirectly related to the presence of MMS, all other problems like the bacterial, viral, parasitic diseases, nutrition, vaccinations and disease control, management, hygiene and sanitation etc., together come to hardly 10 %, MMS is neither properly understood  nor studied, and the market situation might not change for several years to come..

Today validated and patented biomarkers are available to test 36 different mycotoxins in blood using the FTA cards, enhancing the accuracy and helping the detection of minute quantity of mycotoxins that will escape the normal test procedures or go undetected.

For several years, mostly and only aflatoxins are being tested and reported, other mycotoxin  testing has not been taken up by the laboratories for various reasons.

Dr. S. K. Maini from Vesper Group is of the view that Farmers and their Associations, and all other Associations connected with the Poultry Farming Business should impress upon the Central Government, the State Governments, and private laboratories to start testing the various mycotoxins in the feed and feed ingredients used and detecting their metabolites in the body fluids and blood, that cause damage to the birds and their performance and end up in the human food chain, for the safety of both the birds and the people who consume their products. 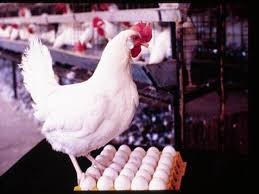