View All News
Can Indian Poultry Sector make advantage of filling void left by Malaysian ban on chicken exports and why the Industry is split on it?

Recently Malaysia banned chicken exports to cool domestic prices. According to trade analysts, Kuala Lumpur’s move could present an opportunity, while there could be a loss too.

But here in India Malaysian ban on chicken export is a good opportunity for chicken producers in India to develop Singapore as an export market since it import over 40 Million live birds a year. Over 30 percent of its chicken supply s imported from Malaysia.

Now the ban leaves Singapore without fresh supplies of  Malaysian birds. It will now be left with only the supply of frozen birds from Brazil. Frozen chicken from the South American nation accounts for over 40 per cent of the total imports by Singapore. The US is next supplying close to 8 per cent, while a group of countries make up the rest 15 per cent.

A section in India feels markets such as Singapore can be developed, but others point to high input costs as dampener. The question is, Can the Indian poultry industry take advantage of the gap in the market arising from a ban on chicken exports by Malaysia? The poultry sector is split in its views over the prospects of tapping the opportunity particularly Singapore.

Mr. Bahadur Ali, Managing Director of  IB Group, said it would be difficult for India to cash in on the situation as Indian chicken is expensive compared with the chicken produced in Indonesia, the Philippines, China and Bangladesh. He also cited the demand-and-supply gap and high feed costs as another reason. Only a few slaughter plants in India will comply with very stringent Singapore food norms for chicken,” he said.

Vasantkumar Shetty, President of the Poultry Farmers and Breeders Association of Maharashtra, said establishing immediate export links with Singapore would be difficult as Indian chicken is not accepted in the international market because there is no low pathogenic avian influenza (LPA) vaccination. Indian chicken producers ( processors ) will never miss an opportunity, provided they fulfill the importing nation’s formalities, said Mr. Sushant Rai, President, Karnataka Poultry Farmers Breeders Association. But as of now “There is not much opportunity for us to tap the Singapore market in particular.

The ban is temporary and we have not invested much in processing chicken meat,” said B Soundararajan, Chairman of Suguna Holdings.“The capacities are very low 10-15 per cent. There won’t be much benefits in creating new capacities in processing,” he said.

Ricky Thaper, Treasurer, Poultry Federation of India, said: “There is a good scope of export of dressed chicken to Singapore from India and a few companies from South India, having poultry processing plants, are already in the process of export.” Value-wise, current chicken exports are lower in value compared with Brazil and the US, he said. 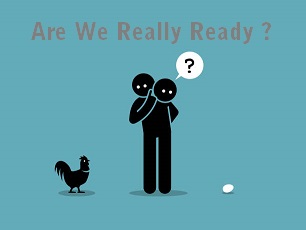