Despite the objection raised by SOPA through a letter to government of India and claiming that there would be a carry over stock of almost 20 lakh tons of un crushed soybean at the end of season in September 2022 and requested that under these circumstances, there is no justification for import of soybean meal, but Government of India has now allowed imports of an extra 550,000 tonnes of genetically modified (GM) soy meal to help the poultry industry reeling from a surge in local prices of the important animal feed. As per order the shipments need to be imported before Sept. 30.

The government in August 2021 relaxed import rules to allow the first shipments of 1.2 million tonnes of GM soy meal to help the poultry industry after animal feed prices tripled in a year to a record high. Traders managed to sign deals to import only about 650,000 tonnes of soy-meal against the permitted 1.2 million before the deadline for overseas purchases expired on Oct. 31, 2021. Now, the government has allowed traders to import the remainder 550,000 tonnes of GM soy-meal.

Late last year, the All India Poultry Breeders Association had asked the government to allow imports of 550,000 tonnes of the soy meal. 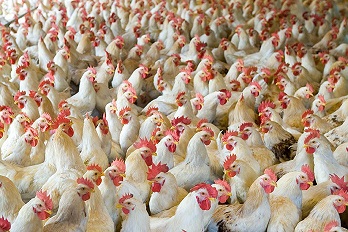