View All News
While seasonal peaks persist, soyabean arrivals in spot markets will continue to decline from the first fortnight of January' 2022 onward

Fundamental of soy meal trade as visualized by KEMIN in its Market Byte.

The export of oil meal fell by 51 percent to 1.62 lakh tonnes in November due to a slowdown in soybean meal exports and Indian soybean meal FOB is overpriced compared to other countries, like Brazil and Argentina. Over the same period in the previous year, the country had exported 3.32 lakh metric tons of oil meal. As reported by the Solvent Extractors' Association (SEA), exports of soybean meal in November decreased from 1,98,776 tonnes the previous year to 42,383 tonnes this year. India's soybean crush margins are currently squeezed by pressure on meal prices, as well as high expectations of farmers in relation to soybean seed prices, which are quoted over Rs 6,400 per quintal. The price for soybean meal for export at ex-Kandla port in India is quoted at USD 710 per tonne, while Brazil origin is USD 413, and Argentina is USD 469.

It is unlikely that India will export soybeans in the next two to three months due to a high price of domestic soybean seed. As per the data by the Solvent Extractors' Association (SEA), export of rapeseed extraction declined to 42,383 tonne in November this year as against 45,050 tonne in the year-ago period. Similarly, castor seed extraction dropped to 28,876 tonne from 37,256 tonne, while that of rice bran extraction fell to 48,232 tonne from 50,089 tonne in the said period. Rice bran extraction is performing better due to larger demand from Vietnam and Bangladesh, it added. Total export of oil meal during April-November period of the current fiscal declined by 18 per cent to 15.96 lakh tonne when compared with 19.51 lakh tonne in the year-ago period.

Looking at import front, India has imported roughly 6.5 lac MT of soy meal through mid- November, mainly from Argentina, Bangladesh, and Vietnam. GM soy meal shipments are not expected to arrive in India until after January 31 as extensions have not been approved by government. On August 24, the Indian government issued a statement allowing imports of GM soy meal up to 1.2 million metric tons to cope with lack of supplies in the local market and maintain domestic prices.

Soy meal prices in Indore showed little movement and settled by a small margin. There was an increase of 500 INR per ton from the previous week to 62000 INR. Prices are approaching the key support turned resistance levels. In the immediate future, there is unlikely to be any further upside to the INR 61,000-65,000 range. 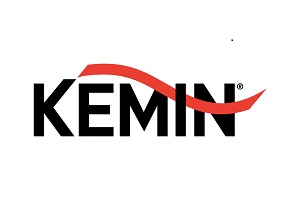